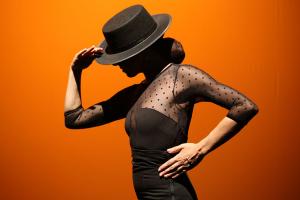 Guitarra y Flamenco in Barcelona is an opportunity to experience close-up one of Spain’s great gifts to the world. Featuring a singer, a dancer, two guitarists, and a percussionist, Guitarra y Flamenco offers a comprehensive introduction to an art form that exerts a hold over men, women and children alike.

Full of verve and passion, Guitarra y Flamenco’s enthusiasm is irresistible. Within minutes you will be tapping your feet and clapping your hands to works by two of Spain’s best-known composers, Isaac Albéniz and Manuel de Falla, not forgetting others by some of its most famous writers for the guitar including Narciso Yepes and Paco de Lucía.

How flamenco emerged is uncertain, but musicologists believe it to be a fusion of Jewish, Arab and Gypsy folklore and traditions. Together they create something unmistakeably Spanish, with an excitement about it that never fails to mesmerise those watching on.

Most experts say that flamenco comprises three elements: cante (song), baile (dance) and toque (guitar playing). Some add a fourth: jaleo (pandemonium). The idea of pandemonium gives some sense of flamenco’s past, in particular the spontaneity with which its musicians and dancers would often strike up a performance.

Over time, the fortunes of flamenco have ebbed and flowed, but since the 1950s it has enjoyed something of a renaissance. In 2010 it was officially placed on UNESCO’s Representative List of the Intangible Cultural Heritage of Humanity. Spending an evening enjoying a Guitarra y Flamenco show will give you a clear idea as to why: every human emotion is laid bare, with dance, music and singing combining to celebrate joy and sadness in equal measure.